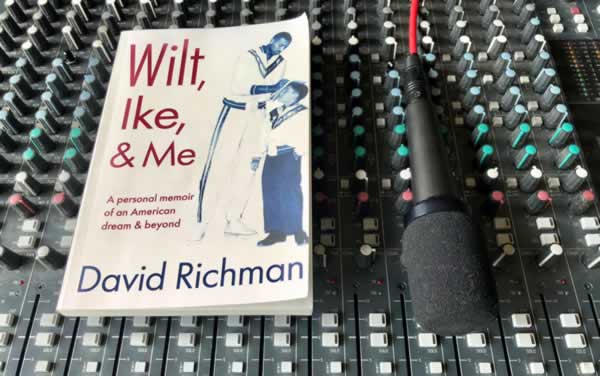 Walt, Ike, and Me, by David Richman – the Audiobook

Jimmy worked with David Richman to create his super interesting audiobook “Wilt Ike & Me”, with David doing the narration. In this personal memoir, David recounts his father, Ike Richman, being involved with the creation of the NBA and buying the Warriors, and bringing them to Philadelphia and renaming them the ‘76ers. One year later he managed to add Wilt Chamberlain to the team, who was the greatest player of his day. Instead of getting his own place in Philadelphia, Wilt moved in and took over David’s Bedroom. Wilt really was tight with Ike Richman, who was a mentor to the player, starting way back when Wilt was in high school.

It’s a great story, of basketball, growing up in the 1960’s, Philadelphia, basketball history, and a Jewish immigration story.

Find the audiobook on Amazon