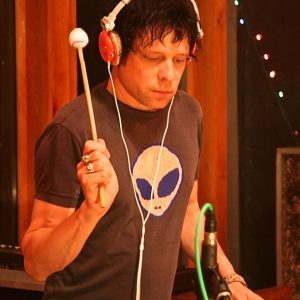 Jimmy Goodman has over 20 years experience as a recording studio engineer. Before starting into podcast and audiobooks, he spent years recording bands, singers, songwriters and all types of live acts.

“In the beginning I just wanted to write my own tunes, so my recording journey started in 1987 with a Vibraphone, TR-505 drum machine, 2 shure sm 57 microphones and a cassette 4 track recorder. Recording with a computer began for me working with an underground house producer, Louie Balo, in the early 90’s. In 1998 I co-founded the East Village studio TransporterRaum NYC with Gordon Raphael, which began my run as full time studio engineer/producer. TransporterRaum hosted the recording of some really great acts, including The Strokes, who did their Is This It album there, as well as Blonde Redhead, a great number of East Village NY bands, and a few international acts as well. From the closing of that studio I went on to my own place near Woodstock NY, named Leopard Studio. During my time there I continued my learning working with some really great musicians, engineers and producers, including Stephen George (who worked with Britney, Christina A., Whitney Houston, and The Backstreet Boys) and Kol Marshall, (who produced King Diamond and Ministry), and Kevin McMahon (who worked with Titus Andronicus, The Walkmen and The Swans). Some great musicians came through my studio upstate, including some very well known musicians – Garth Hudson (The Band and Dylan), Tony Levin (John Lennon, Peter Gabriel, King Crimson), Don Miller (George Benson, Dizzy Gillespie, Ricky Englesias, Justin Timberlake), Jane Scarpantoni (10,000 Maniacs, everyone who needs a rock cellist), and Jerry Marrota (Peter Gabriel, Hall and Oats, Orleans).”

Gold Record: “Is This It” by The Strokes, RCA Records. 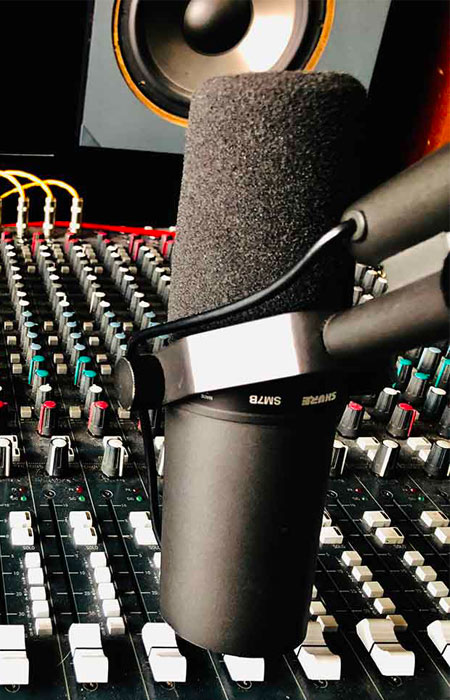 We specialize in podcast recording and audiobook recording. Our Studio is quite comfortable and professional, so as a host of a podcast you can be assured that your guest will feel comfortable and inspired at our facility. We can also travel to your facility with our gear.

Here is some of what we use for our recordings:

Leopard Studio has the experience to make all of your recorded audio sound fantastic – the best it can be. So if you want your podcast or audiobook to really stand out with great quality, Leopard Studio is your audio partner!
Get Started

GIVE US A CALL